Did you hear that? Summer vacation version.

Did you not see the moon?  I heard there was some sort of eclipse or blood moon or blood moon eclipse.  I didn’t see it.  The sky was full of clouds.  Rain seems to be the go to thing for Chicago these days.  It even followed me to Florida, though it at least had the decency to do it late afternoon and night.

Speaking of things I didn’t see, I didn’t see a bunch while roadtripping the eastern U.S. The first evening started off fairly well.  I managed to get a tent up before dark and went on a half-mile hike.

A six-mile long half-mile hike.  I zigged when I should have zagged.  I didn’t bring water or a flashlight.  It was dark by the time dog and I got back to the tent.  I was sweating profusely and parched.  On the plus side, the exercise was good and I hoped it would bring sleep early.

It didn’t happen that way.

There I was, laying in a tent in southern Ohio.  Awake. Lying there not sleeping on rock hard ground, thinking about how it isn’t really that cold as long as no part of my body escapes the confines of my sleeping bag sarcophagus and that I’ll probably fall asleep at some point.  Probably.

In fact, I did.  If only briefly.  I was wakened by noises around half past midnight.  Strange snuffling noises.  Noises I am not used to.  Nevertheless, I could identify the sound as feral pigs rooting.  A bunch of them.  I listened for a while.  Naturally, I had left all the camera equipment in the car, so I didn’t bother getting up to peek.  I just listened until the sounds dissipated and I tried to let sleep take me once more.

Before that could happen, I heard a horrendous cry in the night.  I was disoriented, in that not-awake and not yet asleep head space.  The immediate impression I had was that of a drunk monkey, taken by surprise in the worst kind of way (wink, wink, nudge, nudge).  It was indignant and clearly unhappy.

The noise echoed silently.  The sound repeating only in my head as I worried over the poor, drunken monkey assaulted in the woods by a group of Ohio Grassmen with banjo accompaniment.

Upon reflection, I would have to guess it was the  hoarse scream of a Black-Crowned Night Heron.  A sound I am intimately familiar with from my picture taking along the Chicago River for the tumblr blog.  Nevertheless, out of context, it is enough to make you question your sanity.

Birds can make quite a few heavy metal screeches.  Winged demons bring the forest to life after the sun sets.  For instance, the screech of a Northern Hawk Owl, the high intensity alarm of a Long-Eared Owl, the screech and chuckle of an Eastern Screech Owl, the bark of a Great Horned Owl, the female rasps of the Nighthawk or the fledgling call of the Barred Owl.  Allaboutbirds.org has a really good catalogue of bird sounds.  If you’re into that sort of thing.

It was almost comforting when the coyotes began to howl.  A band of them giving voice to the despoiled monkey’s physical and emotional sorrows.  It was 3 AM at this point.  You know what they say about three in the morning.  A bunch of nonsense, that’s what.  Don’t listen to them.

Four in the morning is so much worse.  Four is too close to sunrise.  When you are disturbed at 4 AM, you can never recover.  The accusatory hooting of a Barred Owl made sure of that. I did try to regain oblivion, but I finally gave up at 4:30 AM, packed up the tent in the dark and headed out.

Aerosmith’s “Back in the Saddle” was on the radio when I fired up the car.  The Hocking Hills were shrouded in soup thick fog and I drove on edge until the sun burned it off.

It would have made the worst episode of Supernatural ever written. Season 13, episode 6 “The Hills Have Ears…Because Nobody Can See A Damn Thing in this Freakin’ Fog” 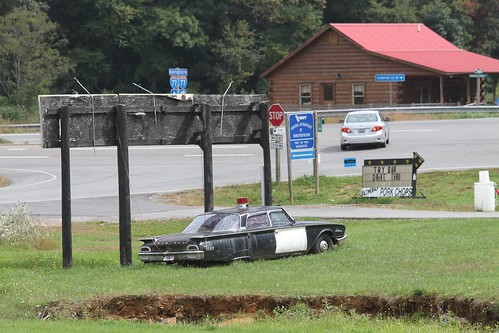 I hope that’s not Sheriff Bullard. 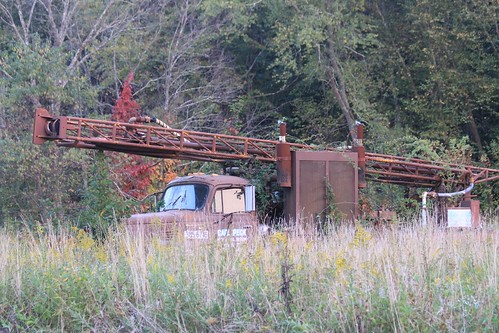 Not suspicious at all. 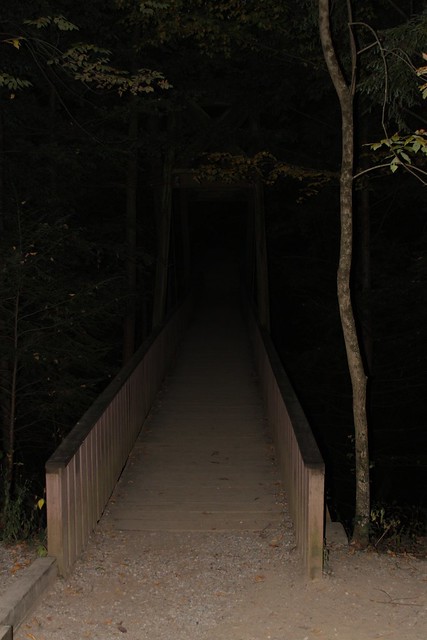 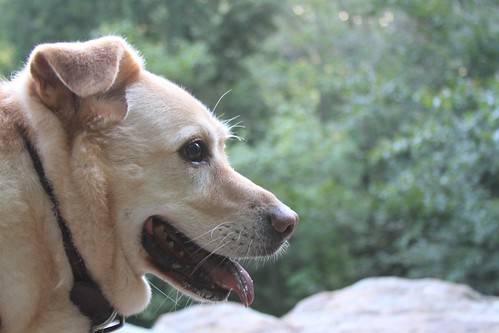 You think it’ll be fine? 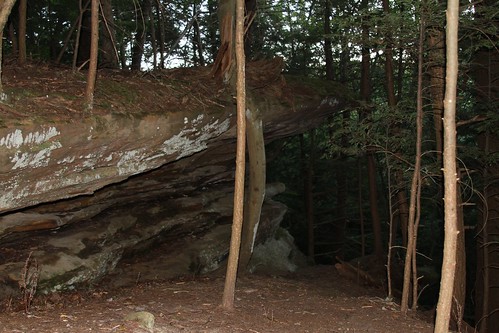 Is this on the map? 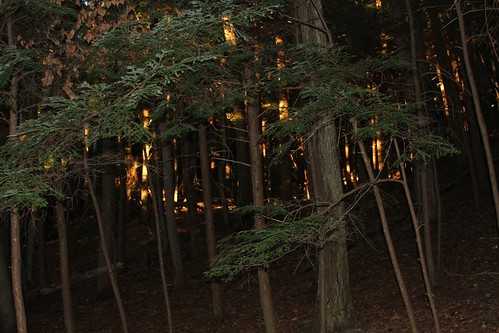 The light is fading fast! 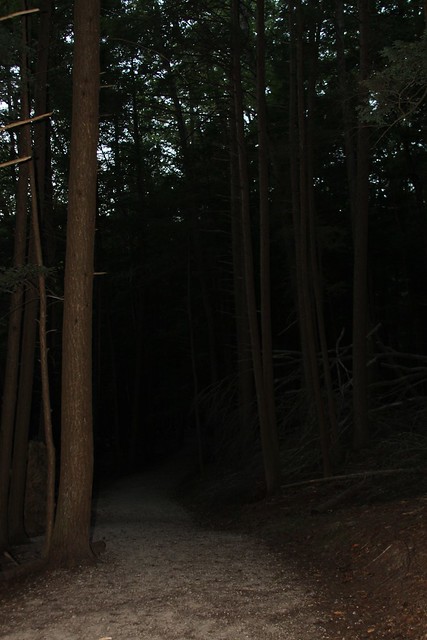 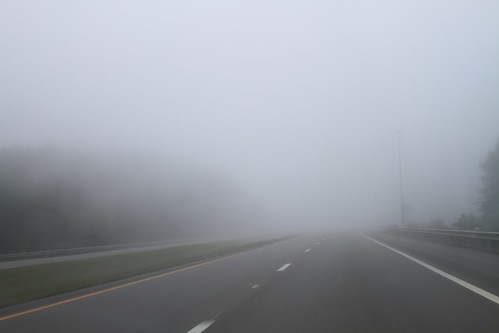 I really hope this is the right way. 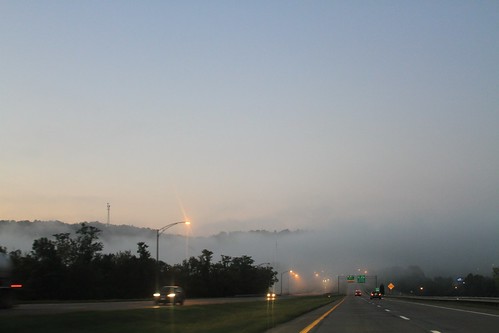 Are there pirates in that fog? 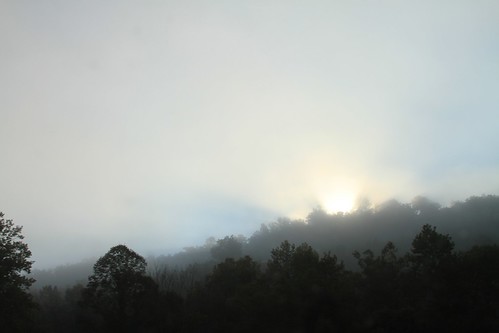 3 Responses to Did you hear that? Summer vacation version.