A Trip to Mars

Mars is so hot lately.

Some billionaire detailed a fantasy-level plan to colonize Mars. The world rejoiced.

Our little buddies Opportunity and Curiosity are roaming around looking for microorganisms, water and secret Nazi bases.

The Schiaparelli probe is scheduled to land on Mars tomorrow morning.

The European Space Agency (ESA) is leading a new mission to Mars called ExoMars, and it’s about to attempt to land a probe on the Red Planet’s surface. The probe is called Schiaparelli for the Italian astronomer Giovanni Schiaparelli, one of the first to map Mars’ surface in the late 1800s. What would Giovanni have thought if he could have watched the probe detach successfully from its mothership on Sunday (October 16, 2016)? The probe and mothership are both now barreling toward Mars. The Schiaparelli probe will make a controlled landing on Wednesday (October 19).

Watch it live via the ESA website or the livestream channel.

The ESA TV programme will be broadcast on this page in two parts on 19 October:

20 October – status report and first images
A press conference is scheduled for 20 October at 08:00 GMT / 10:00 CEST, when a mission status update is expected, along with the first images from the Schiaparelli descent camera. This will also be streamed live via the player above.

All of this activity had me thinking about Mars related movies.  Frankly, there aren’t that many worth noting.  Particularly lately.

The Martian wasn’t a bad film.  I wasn’t as enamored with it as many folks seemed to be, but it was good.  Damon is a good actor.  That’s all I have to say about it, really.

Beyond that, we have gotten the likes of John Carter, Ghosts of Mars, Mars Needs Moms, Christmas on Mars, Red Planet, Mission to Mars and Doom.

You could claim something like Total Recall (the first one) as a good Mars film, but Mars wasn’t really a main character.  Nevertheless, Total Recall broke a twenty-two year gap with no Mars movies at all.

Movie Mars of the 1950s and early 1960s were true to the science fiction of the times.  Goofy, but fun to watch.  It! The Terror From Beyond Space is pure joy and supposedly one of the inspirations for the Alien screenplay. 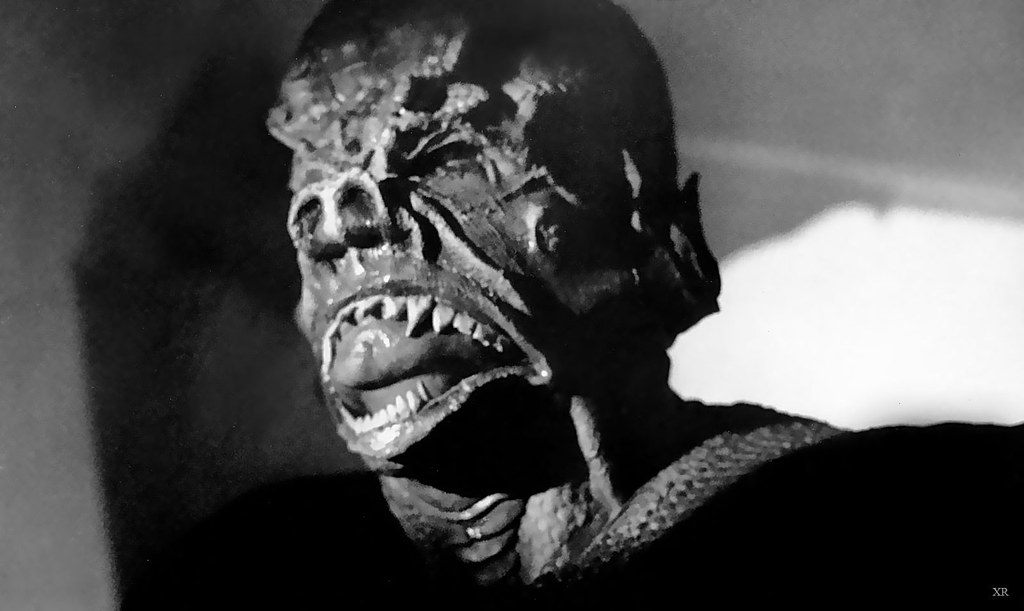 Who wouldn’t want to have all the bodily fluids sucked from their body by that stud.  He’s like a Martian version of the Creature From the Black Lagoon and you know I love that guy.

If we look far enough back, we get to 1910 and a film produced by the Edison Manufacturing Company.  We might call this the first American science fiction movie.  I’m not a movie historian, but I like the sound of it, so I’m just going with that.

A Trip to Mars is a short film about a chemist (with a wicked cool articulated skeleton) who discovers powders that reverse gravity and accidentally ends up on Mars.  Mars turns out to be a crazy place with giant, semi-humanoid trees.  Possibly ice-breathing Martian clown trees.

Such opium dreams this Mars was conceived in!

The movie clearly drew some inspiration from H.G. Wells’ The First Men in the Moon and its gravity-negating cavorite.  You know what they say about Edison projects!  I didn’t say it, They said it.

Let’s hope the Schiaparelli probe avoids the Martian Wizard Clown Giants on its descent.  It’s only a matter of time before the Martians get tired of our unannounced drop-ins.  Ack ack ack!

2 Responses to A Trip to Mars