Not so Stranger Things

I binge-watched season two of Stranger Things the day it came out.

The beauty of Stranger Things isn’t in the nitty-gritty of the story.  The greatness is the characters and the mood.  It is well-acted and it looks good.

Stranger Things is a feeling and a sound.  It feels like home.  The retrospectively goofy looking, but punkishly awesome sounding, days when the fifty cent price of admission for the cartoon masquerading as a video game known as Dragon’s Lair was an outrageous burden.  When our childhood selves left the house after breakfast and came home well after dark.  What went on during that time was important business and it was ours.

Halloween still feels like that.  Candy is still candy.  Pumpkins still get carved.  Kids (or imps and other darklings masquerading as kids) are vampires, princesses, Ghostbusters and weird cartoon characters I can’t identify.

The night is dark and chilly, but it sparks with undeniable energy.  An adventure is playing out under the dingy neighborhood lights.  Not everyone is in on it, but everyone senses it’s happening.

That is Stranger Things.

Experience it, don’t just watch it.  Binging helps, just like when you’re ankle deep in a pile of Kit Kat wrappers.

Halloween was a nice exclamation point to my Stanger Things binge.  I carved, I drank, I watched It’s a Great Pumpkin, Charlie Brown.  Just like I always do.

I shut the lights out, lit the candles, and fired up the Stranger Things soundtrack.

The neighborhood goblins took me for all the candy in the land.  It kept me from getting tricked for one more year. 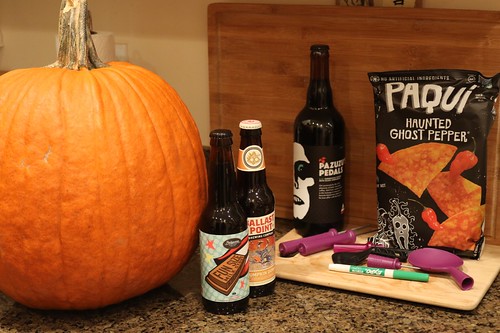 All the required tools for the job. 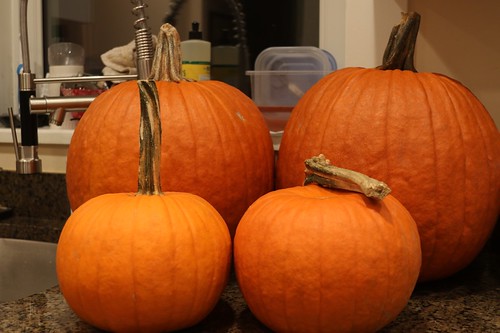 The dog taught that pumpkin who’s in charge because that’s what dogs do. 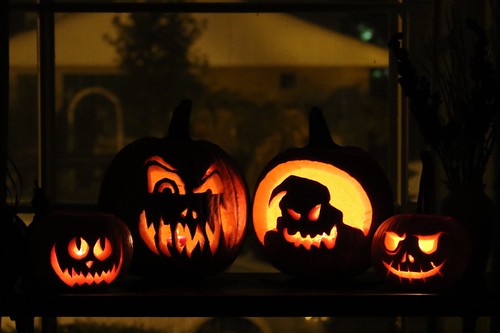 Fire in the hole. 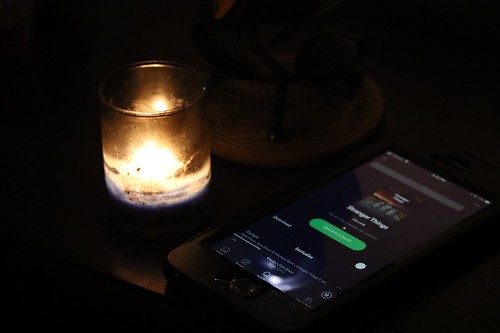 Bring on the bell-ringing weirdos. 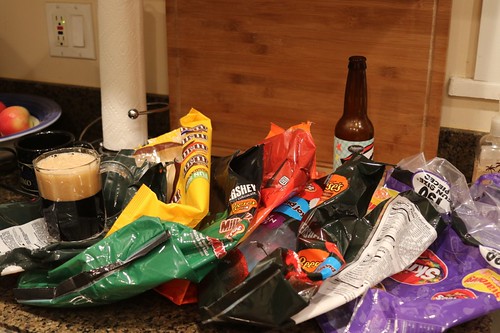 The candy tax gets steeper every year. 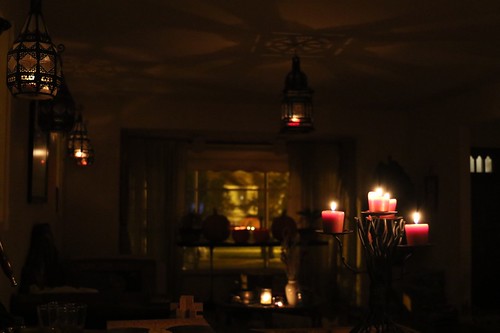 6 Responses to Not so Stranger Things