Without Name deserves a better name, something like Gun Anam

It’s good ‘ol St. Paddy’s Day, and Syfy is running a Leprechaun marathon.  Of course, I’ve been catching some of that as I sit bundled up waiting for the HVAC guy to come fix my heater.

Believe me, 57F is way worse than 39F and sunny outside.  It has something to do with expectations and shadows.

The Leprechaun franchise shouldn’t come with high expectations.  As long as you keep it that way, that little asshole is fun to watch.  It’s a great secondary channel for the boring parts of the NCAA tournament, which will now basically be every part that doesn’t include the UMBC Retrievers.

Despite the potential joy and wonder of watching Warwick Davis menace Jennifer Aniston, seeing the Leprechaun in Vegas and outer space, or watching Ice-T play a magic flute, I decided to watch Without Name.

I do love tales of an underdog trying to win back his stolen property, but not as much as I love a good mysterious forest.  So off we go to Dublin and Without Name, Gun Anam in the local tongue.  Google would have me believe that’s “without soul,” but let’s not quibble.  The guy in Mick Murphy’s pub said it was Without Name.

The movie is almost worth it just to see the haunting forest imagery.  Grey skies, green moss, and white mists.

However, we also get the new horror movie staple of droning musical tones and a main character who isn’t likable.  He’s cheating on his wife, unavailable for his kid, will despoil the world for a quick buck, and justify it because he wasn’t personally wielding the chainsaw for the purpose of cheap real estate progress.

This is eco-horror.  Eat some shrooms, contemplate the world, talk to the trees and end up in a prison of your own mind.  Don’t fear the shadow, you are the shadow!

I won’t talk about the Kirlian photography because it doesn’t really matter.  Just like it doesn’t matter what happened to the main character in the end.  He spent the last fifteen minutes naked and confused.  We’re less confused (or should be if you paid attention) but just as happy to have it all come to an end.

Nevertheless, the slow pacing and long moments of silence were enjoyable rather than annoying.  The film eventually devolves into familiar territory, but it was still beautiful to look at.  I happen to love the view of a dreary sky seen through menacing-looking, gnarly tree limbs.  My own photographs would fit right into this film.

There’s more verbal explanation in the trailer than the movie.

Trippy.  I need another beer. 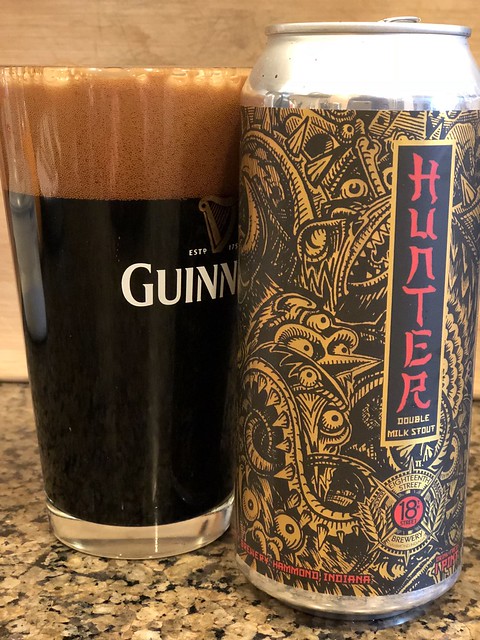